You are here: Home / Food News / Where have all the eggs gone?

Eggs are a highly nutritious way to start the morning when you don’t feel like the same old cereal again. They’re a good source of high quality protein, selenium, B2, B5,B9, B12 and smaller amounts of B3 , fat soluble vitamins, lutein and a range of antioxidants!

But chances are, if you’ve been to the supermarket recently to buy eggs, there haven’t been any there! We’ve been told this is partly because of labelling reforms for free-range eggs by the ACCC, but what exactly does that mean?

Thanks to greater awareness of animal welfare, more Aussie’s are pushing towards buying free-range eggs instead of “cage” eggs, which is really great – we can eat the food we want, and the animals can still have a great life.

But sadly what we think free-range looks like (chickens freely roaming around a grassy paddock, scratching for worms), isn’t always what happens. Some farms only allow limited free roaming time, and some only allow the chooks to roam around inside a shed – not exactly ideal.

Worse still, some “free-range” egg farms still overcrowd their facilities, with similar numbers to the “cage” farms their trying to differentiate themselves from. Unfortunately Australian government regulations allow up to 10,000 chickens per hectare, where as the CSIRO recommends a maximum of 1500. Why aren’t our pollies listening to the scientists we’re funding?

The main problem is it’s hard for us consumers to know which farms are doing the right thing, and which are just pretending. Luckily the ACCC has stepped up, and will be requiring egg farmers to prominently label their egg packaging with how many chickens they stock per hectare. This will allow shoppers to easily compare between companies, and make an educated choice, especially as the ACCC will be fining farms that aren’t honest about their chicken density numbers (some farms have already received some hefty fines).

These changes won’t be coming in until the end of the year, so in the mean time I would try and look for organic free-range eggs. Raising organic chickens forces farmers to not crowd them in too much, otherwise they might get sick. In general, the more animals packed into an area, the more chance they have of becoming suck. Non-organic farmers might mitigate this by feeding their chickens antibiotic laced grain, but organic farms won’t do this – instead they make sure their chickens have plenty of space to roam.

I’d also recommend checking out this Choice article, which rates egg farms on how crowded they are, and also lists a few to stay well away from.

Also Choice recommends a great free app to help you detect if free-range eggs are really free-range. The app is called CluckAR, it is really easy to use once you have downloaded it, all you do is point your phone at the carton of eggs and it tells you if it is really free-range (less than 1500 hens per square hectare). Awesome!!

Your eggs will taste better in the morning (and be more nutritious!) when you know the chicken that laid it is happy and healthy!

I work in Melbourne as a Clinical Nutritionist at the following locations:

END_OF_DOCUMENT_TOKEN_TO_BE_REPLACED 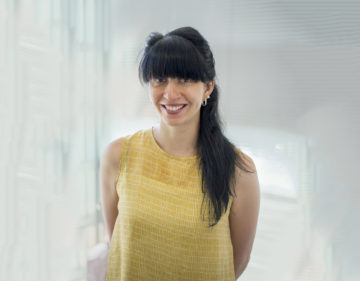 I am a clinical nutritionist, personal trainer and spin class instructor who is passionate about educating and inspiring individuals to reach and maintain their optimal health and wellbeing. I am a strong believer in food as medicine and am passionate about all areas of nutrition. I am particularly interested in sports nutrition, gut health and weight management.